Supply situation of the population in the sectors water, food and energy – Republic of Namibia, by Thomas Wegener, founder of GrowExpress Ltd.

Namibia is one of the driest countries in Africa. More than 80 percent of the country’s land area is covered by desert or semi-desert and the country is regularly affected by extreme and prolonged droughts. The usable drinking water supplies are unevenly distributed and still available potentials can only be found at the permanent water-bearing rivers in the northern and southern border areas of the country. The water of these rivers, the Kunene, Okavango, Zambezi and Orange, must be shared with neighboring countries (Angola, Botswana, Zambia, South Africa). The country’s groundwater is regionally highly saline and thus partly undrinkable or requires technically complex and expensive treatment. There is still potential in deep groundwater deposits in the north of the country, which have only been partially explored to date and which must also be shared with neighboring Angola. Around 90 percent of the Namibian population has access to drinking water. There are differences between rural (85 percent on average) and urban (about 98 percent) areas. Among the poorest sections of the population, only about 50 percent have access to drinking water, which varies greatly from region to region.

Climate change as a challenge for Namibia

The crisis-ridden water situation in Namibia is exacerbated by climate change. In most of the country, the potential evaporation rate is at least five times higher than the average annual precipitation. As average temperatures increase, groundwater recharge will be even more limited in the future. Inadequate strategic planning in the water sector, as well as investment backlogs in water supply maintenance and expansion caused by an economic and budgetary crisis, have contributed to a worsening situation in recent years.

Food and water supply – many development opportunities given

The agricultural economy that takes place on communal land plays a crucial role in feeding the rural population. Productivity and profitability of small-scale farms are often low, significant storage and post-harvest losses are suffered due to lack of harvesting technologies, and long transport distances make marketing difficult. Other deficits include insufficient diversification of agricultural production, inadequate soil, pasture and water management, and insufficient promotion of innovative business models. In addition, the consequences of climate change are having a negative impact on land use and food production. Poor households and children are particularly affected by the lack of diversified food and feed predominantly on the staple food maize. The Food and Agriculture Organization of the United Nations (FAO) currently classifies 425,000 of Namibia’s approximately 2.5 million people as severely food insecure, and 650,000 are severely food insecure. Approximately one-third of the population receives food aid. Current climate models predict a further deterioration of climatic conditions for Namibia due to extreme weather events, among other things, with corresponding negative consequences (crop failures, pest infestations, soil erosion and leaching, etc.). Africa is diverse and is seen from the outside as a black continent whose internal structure is often unknown. The extractivism of the economies, poor educational conditions and other development obstacles must be overcome.

And this is where GrowExpress Limited in Nigeria comes in, because for every situation there are also solutions and alternatives, which can be made usable for humans without exploiting nature and dissolving existing local structures.

In the case of Africa, there are very adapted plants that have evolved over centuries to become indispensable staple foods.

For example, cassava, the „potato of the tropics,“ is almost unknown in Europe. But cassava is one of the 5 most important cultivated plants worldwide and shines through its versatile use. But there is still a lot of room for improvement: Breeders are working on its small blemishes which can be adapted biologically correct and thus even more resistant to climate changes.

It is worth knowing that cassava is one of the most important staple foods in many tropical countries around the world. The very starchy tubers of the shrub plant are prepared in a similar way to the potato, such as boiled, deep-fried or even fried. Purees are popular, as are breads, cookies and cakes made from the gluten-free flour. But there is much more of interest.

About a quarter of global production goes as cassava starch or into livestock feed.

And FAO, the Food and Agriculture Organization, also certifies the tropical plant’s unlimited suitability as a renewable raw material for ethanol production. Especially if its yield potential can be exploited through professional cultivation.

RICINUS – oil substitute in many applications

Castor is a widely accepted agricultural solution for tropical and subtropical regions to meet the general need for crops with low input costs and profitable yields. The castor plant is easy to establish in the field, resistant to drought, tolerates different soil types including marginal soils, and yields up to 1 ton of oil per hectare.

The demand for castor oil has increased massively in the international market since the last few years, ensured by more than 700 different applications, ranging from medicine and cosmetics to biodiesel, plastics and lubricants.

Vegetable oil is critical to many industrial applications compared to others, due to its unique ability to withstand high and low temperatures.

Africa’s potential to tap into the castor market is very promising. The most important task is to make Africans aware of the unique possibilities of this crop. Investing in castor seed production is marketing and oil processing in Africa is a feasible agribusiness.

It could help lift millions of people out of extreme poverty, create jobs and boost the economy of the African continent in general.

PUTTING IT INTO ACTION

Wills move mountains, as we all know, but only real implementation brings success. As in many other areas, there is a lot of debate, but still too little practical implementation to make it all tangible for local residents.

GrowExpress has a very practical approach and works with government agencies as well as universities, institutions and the private sector. This symbiosis ensures that the legal framework can be coordinated and the practical implementation can be advanced very quickly, without losing valuable time.

BLOCKFARMING – the future of community agriculture in Africa

Because the poverty and food insecurity of smallholder farmers associated with community farming in Africa can be effectively addressed through the successfully developed and implemented strategy of „Block Farming“.

Community block farming is a type of rural agriculture strategy in which farmers in large contiguous blocks of land are provided with everything they need to farm successfully, from land preparation to inputs such as seeds, fertilizer, and access to markets.

The system is reverse contract farming, where farmers receive inputs and services on credit while they are under contract. They are repaid by supplying a portion of their products to the input providers as compensation for the latter’s services rendered.

SUCCESS – through combination of climate-adapted crops and cultivation strategy

GrowExpress will continue to work very closely with all partners to refine future agriculture in Africa. This will lead to further improvements in quality, yields but also sustainability and environmental sustainability of cultivation and processing, which will provide future employment and staple food at affordable prices to even more people in Nigeria.

The GrowExpress office located in Nigeria Cocoa House, Dugbe, 200263 Ibadan, Nigeria. Completed in 1965 at a height of 105 meters, Cocoa House was once the tallest building in Nigeria and the first skyscraper in West Africa. It is located in Dugbe, one of the main commercial areas in Ibadan, Oyo State, Nigeria. 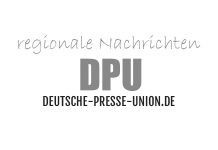 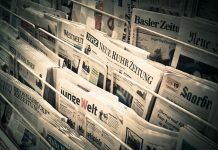 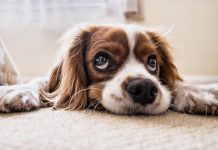